To share your memory on the wall of Norman "Norm" Mayer, sign in using one of the following options:

Provide comfort for the family of Norman "Norm" Mayer with a meaningful gesture of sympathy.

Norm Mayer, Dad, Opa, left this earth peacefully the morning of 5/24/19. He was preceded in death by his father Armin Mayer, his mother Olivia Mayer and his brother, Gordon E. Mayer. He is survived ... Read More
Norman Frederick Mayer 9/14/22-5/24/19

Norm Mayer, Dad, Opa, left this earth peacefully the morning of 5/24/19. He was preceded in death by his father Armin Mayer, his mother Olivia Mayer and his brother, Gordon E. Mayer. He is survived by his amazing and selfless wife, Jeannette Mayer, his sister, Miriam Ward and his three children: Gordon (Char) Mayer, Mindy (Tony) Yacullo and Sandy (Tim) Fish. He is also survived by 5 grandchildren: Kristy Mayer-Mejia, Jen Mayer, Lauren Yacullo, Steven Fish and Amanda Fish and a soon to be great-grandchild, Babymingo.

Norm was born in Danville Illinois. Prior to attending college, he joined the military serving our country as a pilot in the Army Air Corps/Airforce in World War II. When the war ended, he attended and graduated from the University of Illinois with a bachelor’s degree. He went on to be hired by Travelers Insurance and worked in Grand Rapids MI and Chicago IL before moving to their home office in Hartford CT in 1956. Through his sister Miriam, he met Jeannette and he wooed her away from becoming a flight attendant with American Airlines and they married on June 9, 1956. Norm passed away just 16 days before they would celebrate their 63rd wedding anniversary.

Norm and Jeannette set up their first home in an apartment in West Hartford CT and welcomed their son, Gordon in December 1957. They moved to Simsbury CT in 1959 and in 1960 welcomed Mindy to this world. 5 years later, Sandy was added to the Mayer family and the Mayer family settled in West Simsbury in 1970.

Norm was no doubt the patriarch of the family. He loved his wife, children and grand-children fiercely. He took a chance and bought a cottage in Silver Lake NH where he took the family for summer and winter vacations. Norm remained with Travelers for 40 years when he retired at age 66. Norm and Jeannette provided so many wonderful opportunities for family gatherings over the years not only at the cottage at Silver Lake, but also at their home on the 2nd hole of the PGA course at Harbor Town Golf Links in Hilton Head SC and their beautiful hillside home in Hood River OR overlooking the Hood River and Columbia River. Special night was a given every evening at 5pm where Norm would enjoy two Dewars on the rocks, and some special special nights, even a third. Norm loved having his family all gather together. Our last gathering was 3 years ago celebrating Norm and Jeannette’s 60th wedding anniversary. His unusually close family and our unwavering love for one another is his greatest legacy. Though our special nights, which will live on among all of us, come in a close second.

Norm, Dad, Opa will be missed; however we know he is finally at peace, no longer suffering. To take the words from his grand-daughter Amanda, “Opa, we are at ease knowing you are not in pain anymore. Let us know how the scotch tastes on the top of Mt. Hood.”

A memorial service will be held at 4:00PM Saturday August 10, 2019 at Anderson’s Tribute Center. The family will host dinner and drinks in Norm’s honor immediately following the memorial at Taqueria (1210 13th Street – between B and C Streets).

In lieu of flowers, the family requests donations to be made to Providence Hospice of the Gorge or Fish Food Bank (C/O Anderson’s Tribute Center 1401 Belmont Ave Hood River, OR 97031).

Receive notifications about information and event scheduling for Norman "Norm"

We encourage you to share your most beloved memories of Norman "Norm" here, so that the family and other loved ones can always see it. You can upload cherished photographs, or share your favorite stories, and can even comment on those shared by others.

Flowers were purchased for the family of Norman "Norm" Mayer. Send Flowers 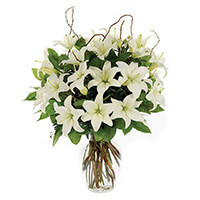 Posted May 28, 2019 at 07:24am
Please find comfort at this difficult time from the loving promise from our Heavenly Father Jehovah that we can see our loved ones again right here on earth at John 5:28,29 when He calls them from their memorial tombs.
Comment Share
Share via: