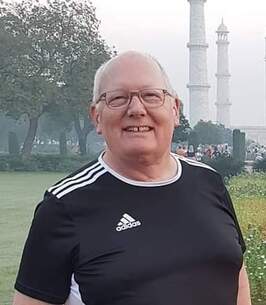 On October 24, 2022 Philip Alan Marsh slipped away peacefully in his home in Portland Oregon. He was 68 at the time of his passing. Phil was born on March 14, 1954 to Carol Jean and Charles Donald Marsh in Hood River Oregon. He grew up with his older brother, Richard Donald Marsh, on Brookside Drive in Hood River.

When Phil was in junior high school the family moved to Odell, where his father purchased an orchard on Gilhouley Road. He attended Wy’East High School where he performed in several plays.

After graduating from high school, Phil attended Portland State University, where he began working for U.S. Bank in downtown Portland. After graduating from college, he continued to work for U.S. Bank. In 1990 Phil left his U.S. Bank position and for the next 25 years he worked as an I.T. Project Manager doing contract work. He managed many critical, high-level I.T. projects in the greater Portland area.

He also served as President of the Portland Chamber Orchestra for a number of years. In his spare time he would spend numerous hours researching his family history. He contributed hundreds of documents to the Ancestry.com database.

After retiring, Phil traveled all over the world for almost four years. He moved back to Portland in 2020 to enjoy spending time with his family and friends. Phil had several very close friends who graciously cared for him when he became ill.

Phil is survived by his brother and wife Rick and Sharon Marsh; his niece and her husband Tyler and Aletha Washburn, and their boys James and Charlie; his uncle and  aunt Wendell and Joyce Clodfelter, and numerous cousins.

Arrangements are under the direction of Anderson's Tribute Center (Funerals • Receptions • Cremations) 1401 Belmont Avenue, Hood River, Oregon  97031.  Visit www.AndersonsTributeCenter.com to leave a note of condolence for the family.