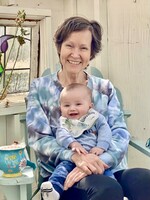 The world of animals lost one of its most passionate and dedicated advocates with the death of veterinarian Laura Makepeace, age 57. She died of breast cancer, on December 19, 2021, in Hood River, Oregon.

During her childhood in Kansas she had many pets, including cats, a Guinea pig, mice, and a skunk. Her passion for protecting animals was clear from an early age, when she rescued baby birds, sprayed water on a dried-out slug to resuscitate it, and carried spiders outside to save them. She often quoted from James Herriot’s book All Creatures Great and Small. After earning her Doctorate of Veterinary Medicine at Kansas State University, she ultimately moved to Hood River. There, at Tucker Road Animal Hospital, she spent the rest of her life focusing on her goal of helping to heal the pets that were companions to their owners. She was, indeed, a friend to all creatures.

Laura Makepeace was born in Albuquerque, New Mexico, on Jan. 4, 1964. Her parents are Mary M. McCoy Makepeace and Jack G. Makepeace. Laura grew up in Lawrence, Kan., with her mother. She attended elementary through high school there, and then enrolled in Kansas State University in Manhattan, Kan. She completed an undergraduate degree in biology, and she earned a Doctorate in Veterinary Medicine in 1989.
Laura moved to Portland, Ore. in 1989. There she met Thomas Gilliom, DVM, and they married on Feb. 19, 1991. They subsequently had two daughters, Leah Cascade Gilliom, and Natalie Jessie Gilliom. They moved to Hood River, Ore. in 1992 and acquired Tucker Road Animal Hospital, where they both worked as veterinarians for many years.

In Hood River, a colleague at the Animal Hospital described Laura as the type of person who would stop for an injured skunk by the side of the road and would then take it to the clinic to try to save it. With thirty years of working as a veterinarian, Laura helped vast numbers of dogs, cats, rats, birds, and rabbits recover from their many afflictions. She did surgeries, pinned broken bones, sutured, performed Caesarians, delivered offspring, and counseled their owners in mourning. She made phone calls to check on patients and sent hand-written cards. When she couldn’t save an animal, she often went to its home and gently ended the pet’s life in its familiar haunt, surrounded by its loving owners. She also saved many animal lives and enabled their owners to have their companions a little longer.

Laura was active in two book clubs with many good friends. She also loved gardening and created a wildlife sanctuary in her yard, which was filled with blooming roses and other flowers festooned with insects and birds. She was a devoted and loving mother and daughter and a loyal friend. She was known for her persistent smile, gentle spirit, good sense of humor, and boundless empathy. During the last year of her life, she spent much time with her new grandson Eric Thomas, Jr. These were moments of pure joy and intense happiness for her.

Laura is survived by her daughter Leah Rojas, PharmD, Leah’s husband Eric, her grandson Eric Thomas, Jr.; her daughter Natalie Gilliom; and her former husband Thomas Gilliom, DVM. She is also survived by her mother, Mary M. McCoy, PhD, of Lawrence, Kan.; her aunt, Marion Wright, and her cousin, Sarah Cox, both of Seattle, Wash.; her aunt, Kathy Kiser, Kansas City, Mo, and cousins John, Eric, and Holly Kiser. She is predeceased by her close friend Amy Sudlow; her father, Jack G. Makepeace, of El Paso, Tex.; her paternal grandparents, Gibbs and Katharyn Makepeace; her maternal grandparents, Pulitzer Prize-winning political reporter Alvin S. McCoy and Marion G. McCoy, with whom she was close; and many, many pets.
A memorial celebration in Hood River will be held for Laura at a later date. Please watch for an announcement on the Anderson’s Tribute Center website and the Columbia Gorge News.
In lieu of flowers, memorial donations may be made in Laura’s name to:
• The Next Door, Hood River, Ore.
• The Nature Conservancy

Her family wish to thank Laura’s many close and valued friends in the Hood River community, her wider family members, the staff and clients of Tucker Road Animal Hospital, and the numerous creatures on earth that gave her happiness and contentment.

All things bright and beautiful
All creatures great and small
All things wise and wonderful
'Twas God that made them all
(Source: Anglican hymn, 1848, Mrs. Cecil Alexander, Hymns for Little Children)