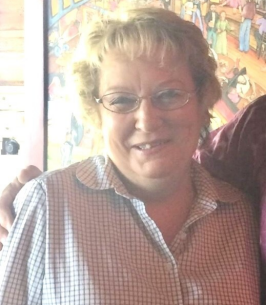 Brenda Agnes Fivian passed away on May 14, 2022 in her Vancouver, Washington home. She was 61 years old.

Brenda was born on August 12, 1960 in Twin Falls, Idaho to Ernest and Louise Bess. The family moved to the Hood River Valley in 1968. Brenda was the youngest of three children. She had two older brothers, Bill and Bob

Brenda worked in the shipping industry for many years in downtown Portland, Oregon. She left that job and joined the team at CDM Caregiving Services. There she utilized her love of cooking to make nutritious meals for the clients. She also taught various classes to the clients and brought her dogs into the center as companions.

Brenda loved the many dachshund dogs she owned throughout the years-in fact these dogs were her life. The last two she adopted were blind and hearing impaired. Brenda prided herself on being a kind and loving dog mom.

Brenda was preceded in death by her parents and brothers. She is survived by her best friend/sister Jana Arthur of Hood River, Oregon. They became instant friends in 1970 when in the fifth grade at Westside Elementary School.

Arrangements are under the direction of Anderson's Tribute Center • 1401 Belmont Avenue, Hood River, Oregon 97031.  Visit www.AndersonsTributeCenter.com to leave a note of condolence for the family.