To share your memory on the wall of Bernice Leona Harris, sign in using one of the following options:

Provide comfort for the family of Bernice Leona Harris with a meaningful gesture of sympathy.

Bernice was born June 13th, 1928 to Carl and Agnes Hagen in Starbuck Minnesota and died in The Dalles Oregon on July 14th, 2019.

Bernice was born June 13th, 1928 to Carl and Agnes Hagen in Starbuck Minnesota and died in The Dalles Oregon on July 14th, 2019.

Bernice attended country school until the eighth grade, and graduated from Starbuck High. She attended St. Olaf College in Northfield Minnesota for a year, and was fortunate to be accepted at the world renowned Miss Woods Training School for teachers of young children.

In the early 1950’s Bernice and her friend Dolores came west and were offered teaching positions at Court Street School in The Dalles, as there was a need for teachers with the influx of population during the construction of The Dalles Dam, she taught second grade. This is where she met her future husband Dale while he was working on the Dam, they married in June of 1954, she was predeceased by Dale on Easter 2017. To this union were born three children, Bruce (Lori) Harris, Carla (David) Raffin and Janet Harris, who all survive her. Bernice also has four grandchildren, Matthew and Michael Harris, Amanda (Raffin) Salazar and Adrien Raffin, and two great grandchildren Makai and Kalani Harris.

Bernice was a devote member of Zion Lutheran church, were she taught Sunday School and participated in the church circle (bible study). Bernice was a long standing member of P.E.O, and she volunteered as a Campfire leader.

Bernice had a passion for baking, and baked and enticed friends/family with her cinnamon rolls and bread. Bernice loved flowers and was known for making exquisite pressed floral stationary which she shared with family and friends up to the very end. Her artistic stationary graced many a mailbox recipient!

Gifts may be given in memory of Bernice to Zion Lutheran Church Trust.

Receive notifications about information and event scheduling for Bernice Leona

We encourage you to share your most beloved memories of Bernice Leona here, so that the family and other loved ones can always see it. You can upload cherished photographs, or share your favorite stories, and can even comment on those shared by others.

Love, The Twinings sent flowers to the family of Bernice Leona Harris.
Show you care by sending flowers

Flowers were purchased for the family of Bernice Leona Harris. Send Flowers 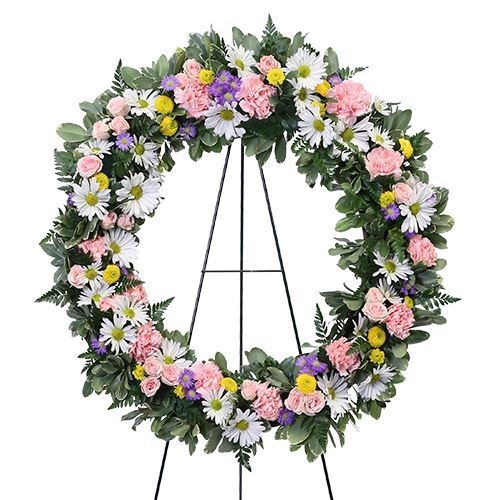 Flowers were purchased for the family of Bernice Leona Harris. Send Flowers

Posted Aug 13, 2019 at 05:13pm
With heartfelt condolences, we are so sorry for the loss of your beautiful Mom. Our hearts and prayers are with you at this difficult time.

Posted Jul 15, 2019 at 04:50pm
Please accept my most sincere sympathy for the death of your loved one. We can find comfort in the word of God because it assures us that "there is going to be a resurrection" (Acts 24:15). God promises to give life back to millions of people who have died, and he desires to do so very soon.

A servant of God from the past, Job, asked him: “If a man dies, can he live again? I will wait all the days of my compulsory service (sleep in death) until my relief comes. You (Jehovah) will call, and I (Job) will answer you. You will long for the work of your hands” (Job 14:14, 15). God is longing to give life back to those who have died.

Perhaps these words do not calm your pain reflecting on the divine promises found in the Bible will give you the hope and strength to keep going until all of God’s promises are fulfilled. May these words bring you and your family much comfort from Jehovah God, the God of all comfort (2 Corinthians 1: 3, 4.)
Comment Share
Share via: